All the information you need, all in one place. We’re still working on some exciting features, so you won’t be able to login or pay online just yet. But don’t worry! All of our amazing content is open and you can make payments as you usually would. Browse our help and guidance

Volunteering and health and safety

This page is free to all

Most health and safety legislation only applies to paid workers, but volunteers must still be protected from risks. Organisations have a duty of care towards their volunteers, and an obligation to protect them under section 3 of the Health and Safety at Work etc Act 1974.

Organisations also have a moral duty to think about the health and safety of volunteers. It is hard to imagine a situation where it would be justifiable to treat volunteers in a less favourable way than paid staff, even if it were possible to do so legally.

The duty of care is a common law duty to take reasonable care to avoid harming others. Organisations have a duty of care towards their volunteers. The organisation and its trustees could be liable if a volunteer is injured because the duty of care was not met.

This means that reasonable steps should be taken to reduce the likelihood and potential seriousness of injury to volunteers, for example:

The Health and Safety at Work etc Act 1974 states that employers must look after the health and safety of anyone who could be affected by their work, which would include volunteers. They must also provide any relevant information on health and safety. This means that under both legislation and common law organisations must protect their volunteers from harm.

The act says every employer has to:

… conduct his undertaking in such a way as to ensure, so far as is reasonably practicable, that persons not in his employment who may be affected thereby are not thereby exposed to risks to their health or safety

It also says that an employer must:

The Management of Health and Safety at Work Regulations 1999

The Management of Health and Safety at Work Regulations 1999 say employers must do risk assessments that look at potential risks to their employees and others who may be affected by their activities (which would include volunteers). If they have five or more employees, these assessments must be written.

Organisations without any paid staff are not required to do risk assessments. However, it is hard to argue that the duty of care is being taken seriously if the organisation has not looked at what could go wrong and what could be done to protect volunteers from injury or harm. It makes sense for all organisations to do written risk assessments, which find potential problems, show that they have done this and help to put safety measures in place.

The legislation does not say how the risk assessment should be done. However, the Health and Safety Executive (HSE) recommends this five-step approach:

What organisations need to do will depend on the type of hazard, for example:

The aim of the risk assessment is to be able to show that potential problems were identified and that something has been done to lower risk.

A policy shows that health and safety is important to the organisation and explains how things are done and who is responsible for what. It also shows that the duty of care is taken seriously.

Volunteers should be included in the policy. They should have a copy or be able to read it. Inductions should explain the policy and what it includes.

The Health and Safety at Work etc Act 1974 says:

Except in such cases as may be prescribed, it shall be the duty of every employer to prepare and as often as may be appropriate revise a written statement of his general policy with respect to the health and safety at work of his employees and the organisation and arrangements for the time being in force for carrying out that policy, and to bring the statement and any revision of it to the notice of all of his employees.  The prescribed cases are organisations with fewer than five employees.

This paragraph explains three aspects of a health and safety policy:

Breaking health and safety law is a criminal offence. The Health and Safety at Work etc Act 1974 says that if someone has committed an offence under health and safety law that was due to the actions of someone else, or their failure to meet a legal responsibility, this other person can be charged with the offence (whether or not the first person is charged). This could include committee members and senior managers, as well as the individuals directly involved.

For example, if a volunteer’s line manager failed to warn the volunteer about a potential hazard in an activity the volunteer was supervising and someone else came to harm, the line manager may be charged – or potentially a senior manager or trustee where there has been a systemic failure to ensure safety (Health and Safety at Work etc. Act 1974 s.36).

Who is liable for negligence (causing loss, damage or injury because the duty of care hasn’t been met) depends on the structure of the organisation. In unincorporated associations and trusts, the members of the governing committee may be personally liable. In incorporated organisations (eg those limited by guarantee), the organisation will usually be liable and not the individual governing body members. Trustees can be protected against such costs by their organisation.

Incorporated charities (eg a company limited by guarantee or a charitable incorporated organisation (CIO)) are subject to the Corporate Manslaughter and Corporate Homicide Act 2007. This means that the organisation can be found guilty of corporate manslaughter or homicide. This can happen if senior management’s failures contributed to negligence, or a serious breach of the duty of care in an activity, that led to a death. The Crown Prosecution Service offers a clear guide to the implications of the Act.

It should also be borne in mind that an organisation is likely to be held liable for any actions or omissions by its volunteers which impact on the health and safety of others.

It is important that volunteers are adequately insured. Organisations are likely to have cover but it is important to check that the policies cover volunteers. Insurance cover does not mean that health and safety responsibilities can be neglected.

See our guidance on insurance and volunteers.

Legislation to provide peace of mind

Many people think that there is a compensation culture in health and safety issues, or that red tape stops sensible activities happening.

Two pieces of legislation explain the position of (1) voluntary organisations and (2) volunteers. Arguably both acts merely reflect what courts were already doing when faced with such cases.

[it] must have regard to whether the alleged negligence or breach of statutory duty occurred when the person was acting for the benefit of society or any of its members’. In the context of volunteering, this means that courts must take into account that an individual was volunteering at the time of the incident they are considering. 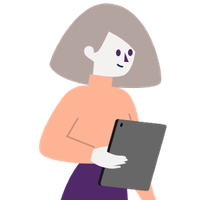 This page was last reviewed for accuracy on 19 May 2022

Get regular updates on NCVO's help, support and services