All the information you need, all in one place. Through August, it’s open to everyone. From September, you’ll need a website account and NCVO membership to access member benefits. If you already had a Knowhow account, use your same details to login. Need help logging in? Just follow these instructions.

This page is free to all

The rules about people from overseas volunteering are complex and sometimes contradictory.

There are no restrictions on volunteering for people from within the EU/European Economic Activity (EEA) area.

For people outside the EEA, there are various restrictions based on what type of visa they are travelling on. The table below explains the situation for key immigration statuses.

Note that all visitor categories are now in Appendix V of the Immigration Rules.

General visitors are now allowed to volunteer for up to 30 days for a registered charity during their stay.

People who have refugee status or humanitarian protection, or who have ‘exceptional leave to remain’, and their family members, are allowed to do any type of work including voluntary work.

Asylum seekers (people in the process of applying for refugee status) and family members are not normally allowed to work while their claim is being decided, but they can volunteer in both the public and voluntary sectors. This includes while they are appealing against a decision to refuse them asylum.

The law on illegal working and volunteers

It is important that employers are aware of their responsibility not to employ people who do not have the right to work in the UK, because there are strong penalties under the Immigration, Asylum and Nationality Act 2006.  Section 34 of the Immigration Act 2016 broadened the definition of ‘working’ to include workers as well as employees.

Under the Immigration Act 2016, it is a criminal offence:

It is therefore advisable that organisations take a considered approach towards conducting right to work checks for their volunteers.  If there is any possibility that the volunteer could be deemed to be working under a contract, either as an employee or a worker then a check should be carried out.  If a volunteer is purely volunteering, however, there is no requirement for them to have the right to work in the UK and no check is required. 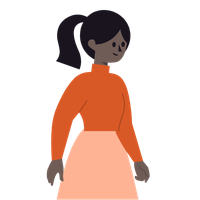 This page was last reviewed for accuracy on 10 May 2022

Get regular updates on NCVO's help, support and services